In 2009, when the world was officially entering a recession, the first pile was driven into the ground in the Rotterdam harbour district called Wilhelmina Pier for what was to be the largest building in the Netherlands: De Rotterdam.

From the moment the first spade broke ground in December 2009 to the official completion in November 2013, Ruud Sies followed the construction workers with his camera.
Designed by Rem Koolhaas’s architectural bureau OMA, a vertical city arose on the south bank of the Maas, made up of three towers, each around 150 metres tall.
The available land, the size of a football pitch, was wedged between existing buildings and the River Maas, at the spot where from 1873 to 1978 the Holland-America Line took on board a continual stream of European emigrants bound for Ellis Island.

In the 1930s photographer Lewis W. Hine recorded the construction of the Empire State Building, a powerful symbol of the New World. Like Hine, Ruud Sies places the workmen and their physical labour at the centre of attention.
Rather less obviously, he was also inspired by Rotterdam photographer Cas Oorthuys, who in his book Rotterdam, Dynamic City captured the period of post-war reconstruction. The book offered an impression of a hardworking nation on its way to a booming economy. Along with much else, Oorthuys photographed the HAL ships that left for the New World from the Wilhelmina Pier, the spot where De Rotterdam now stands. 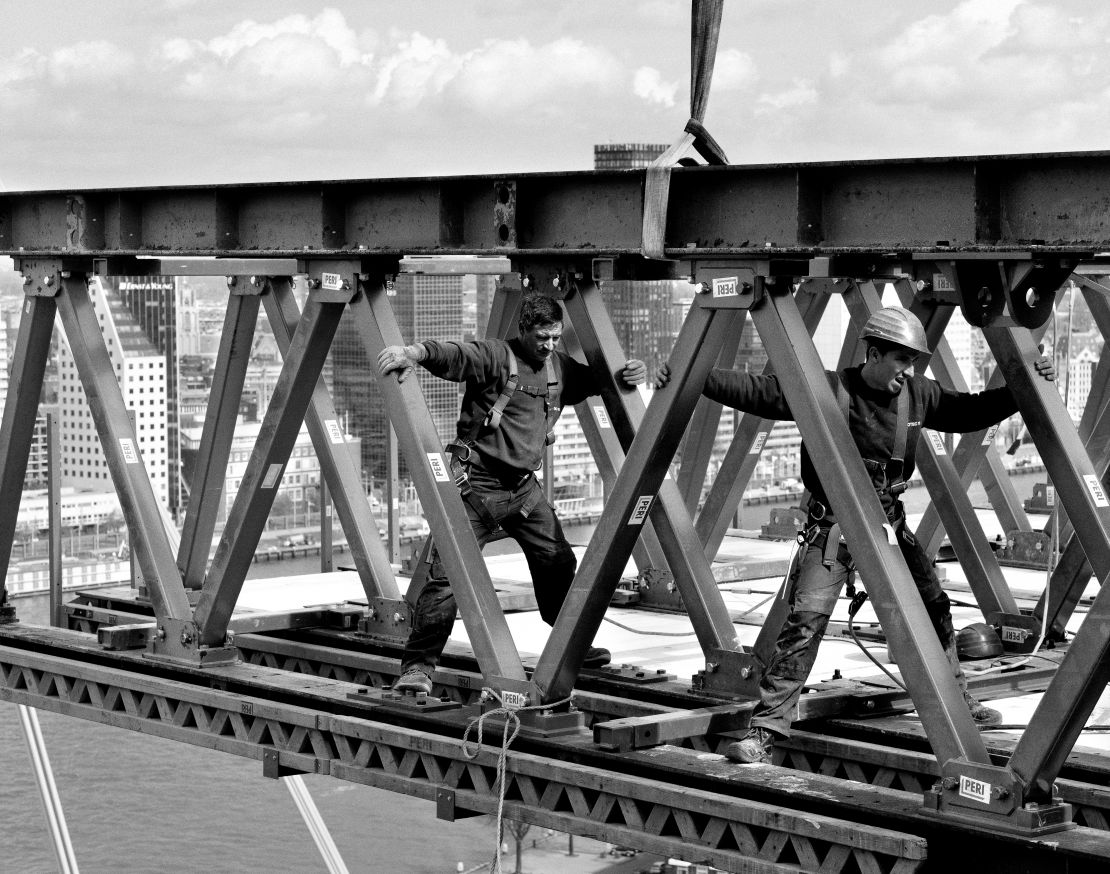 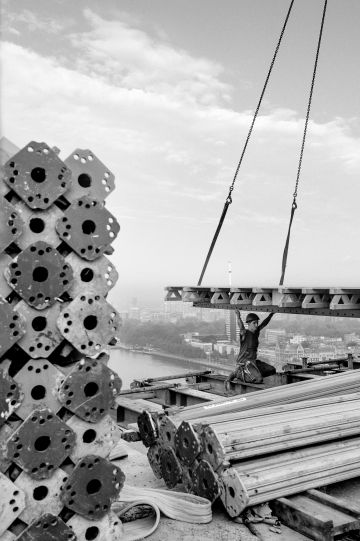 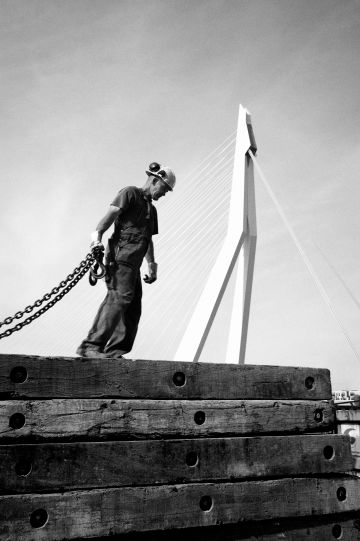 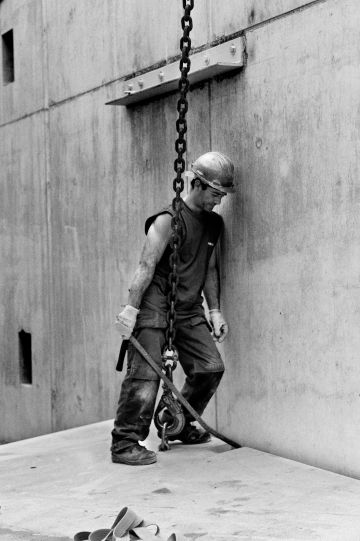 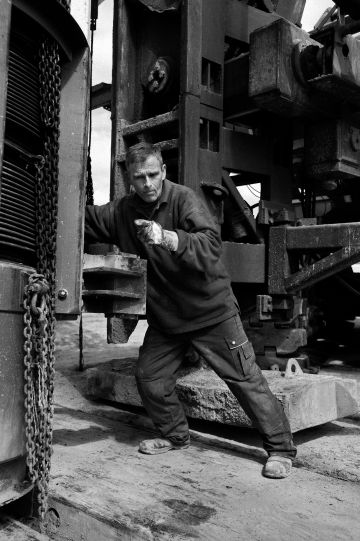 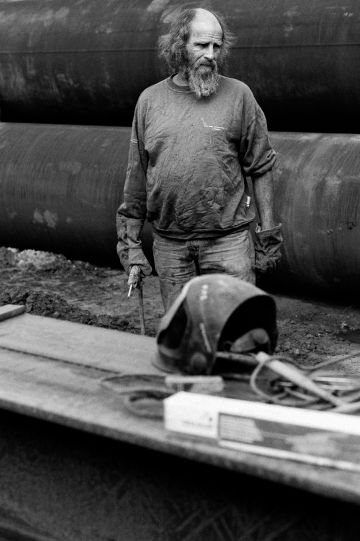 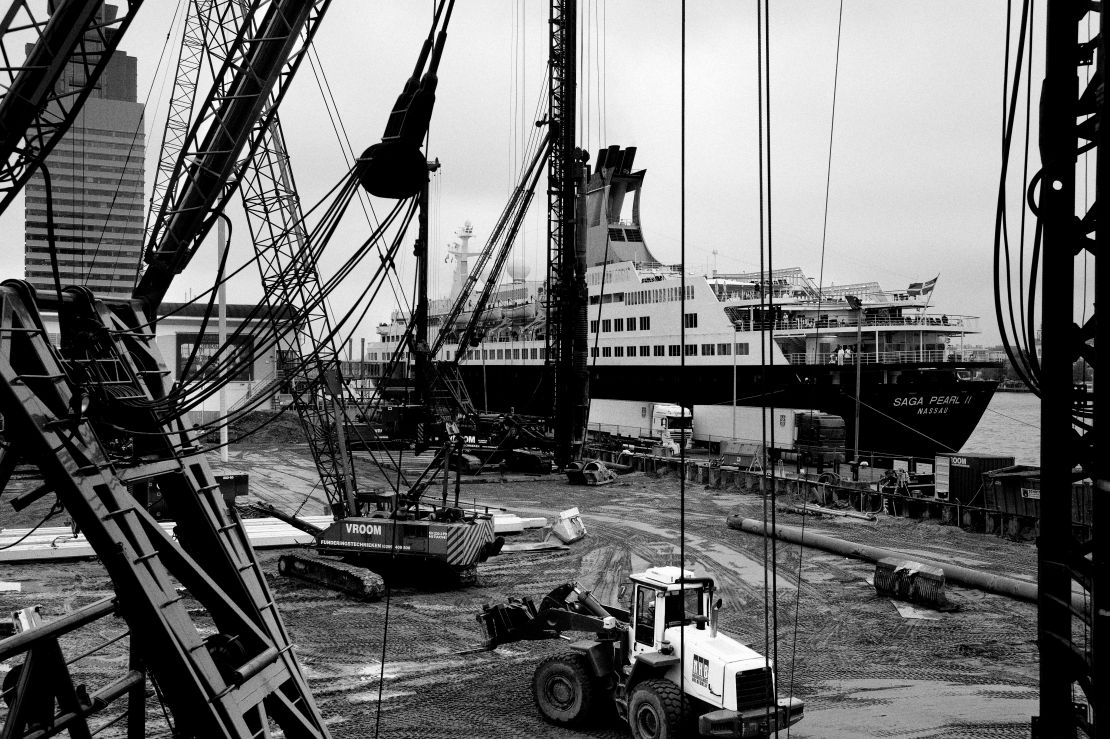 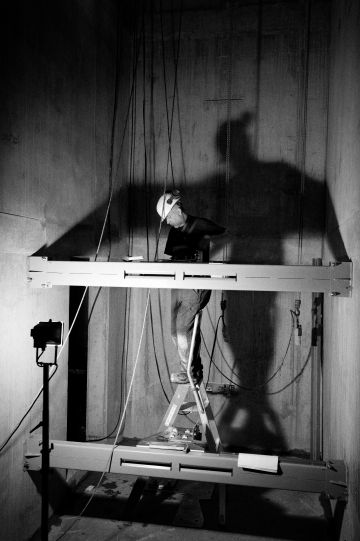 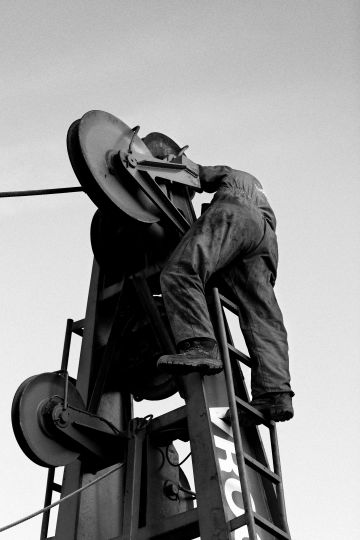 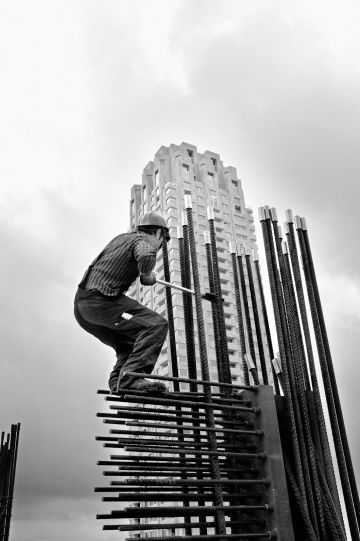 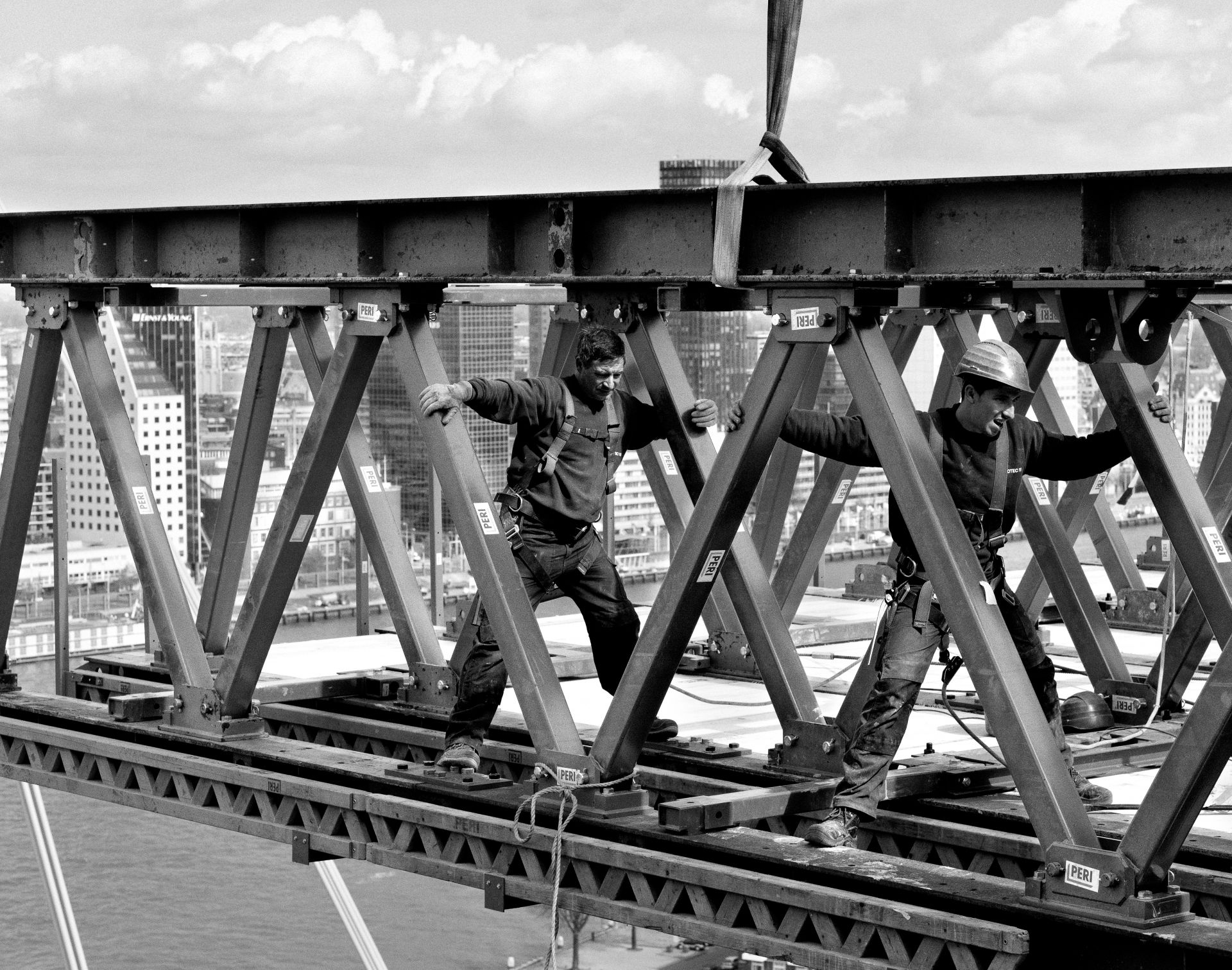 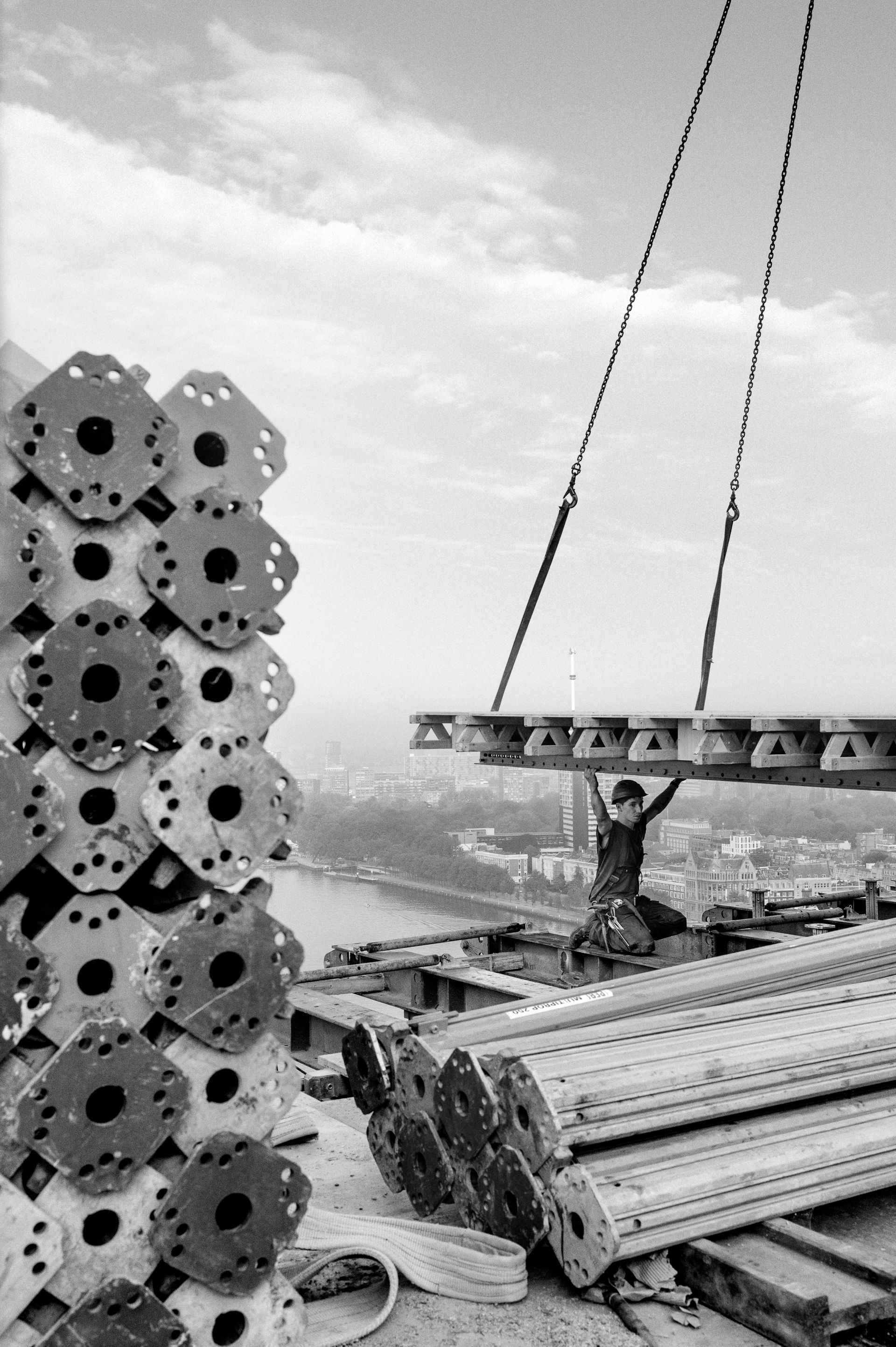 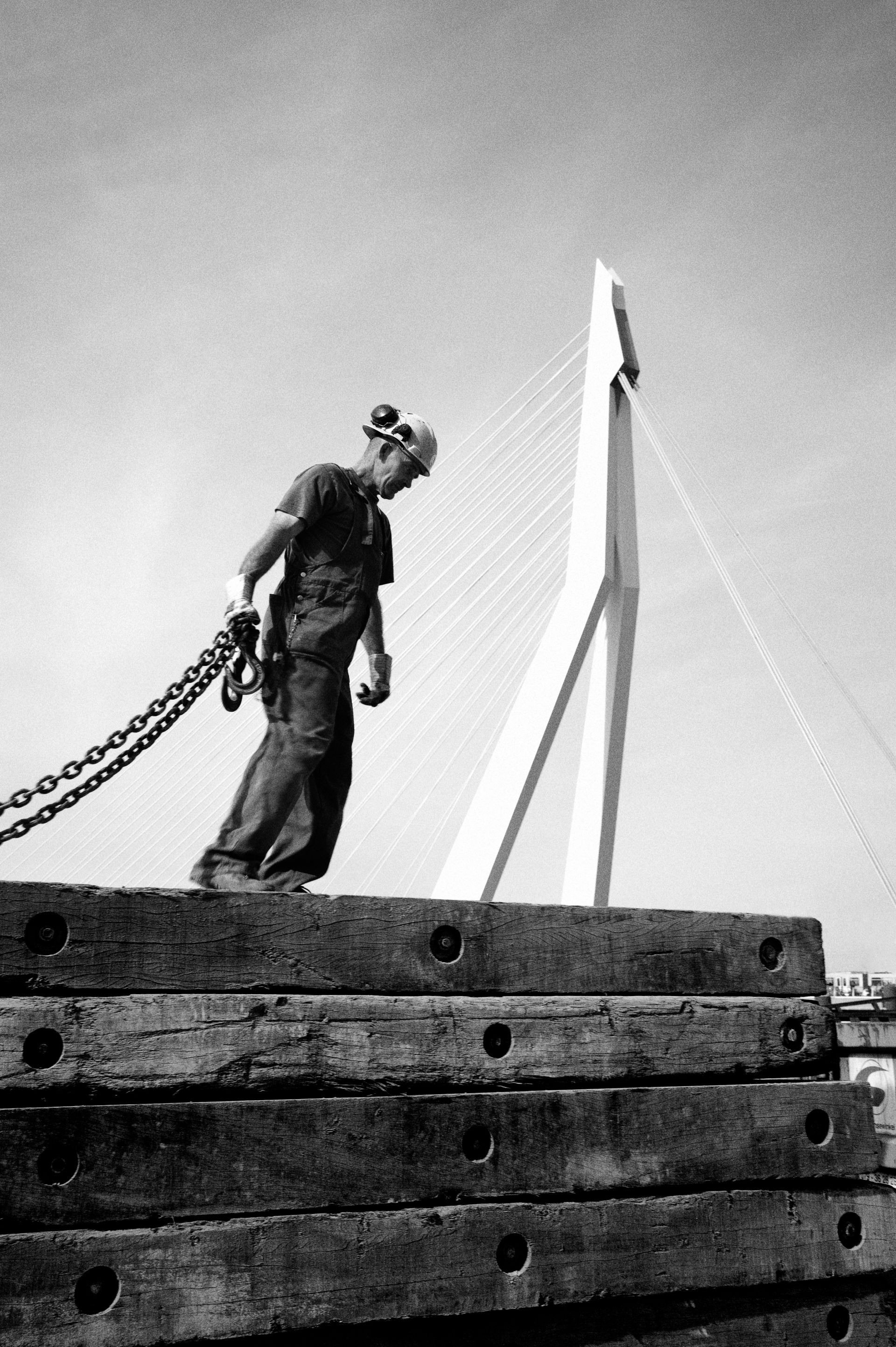 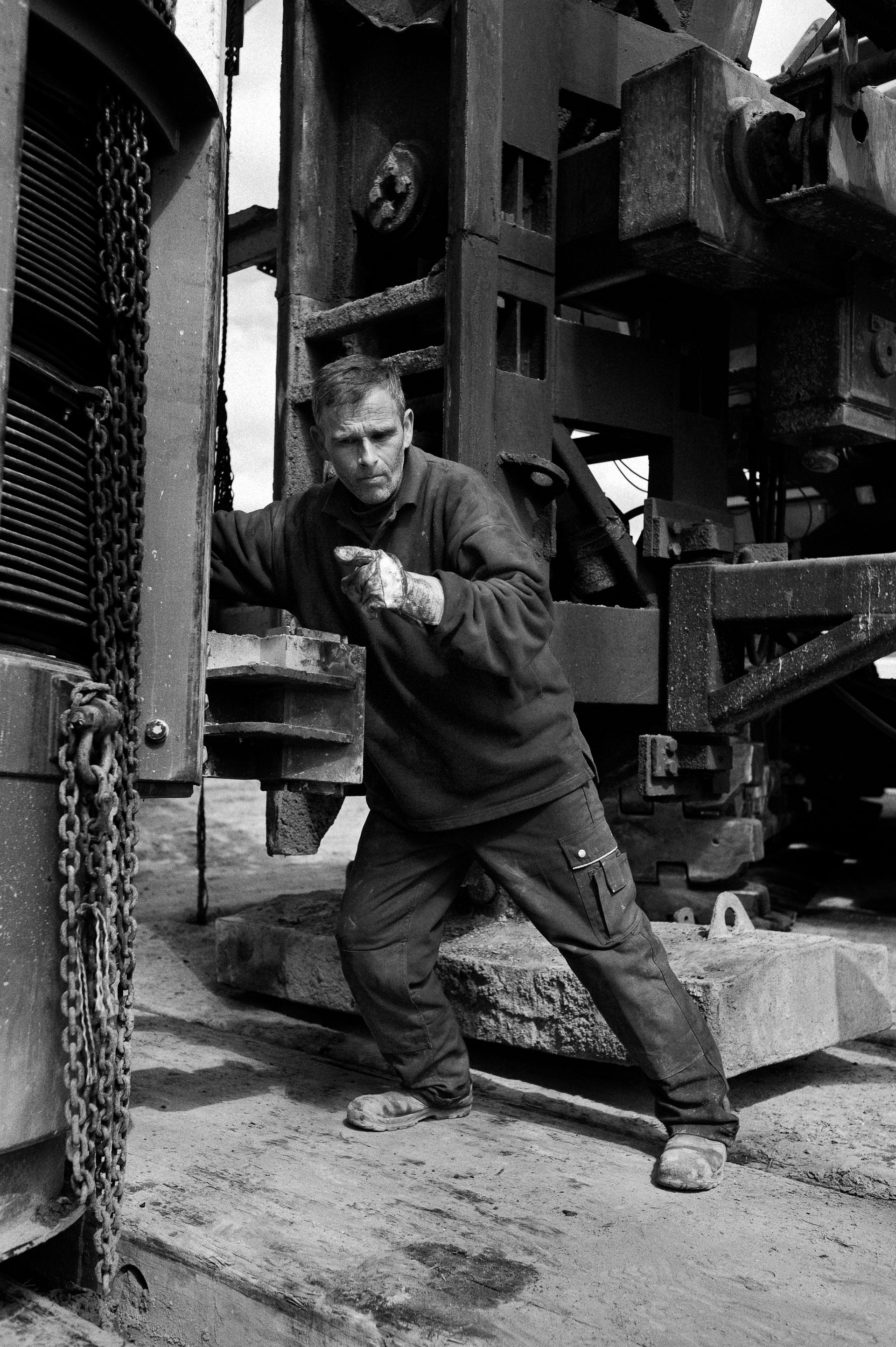 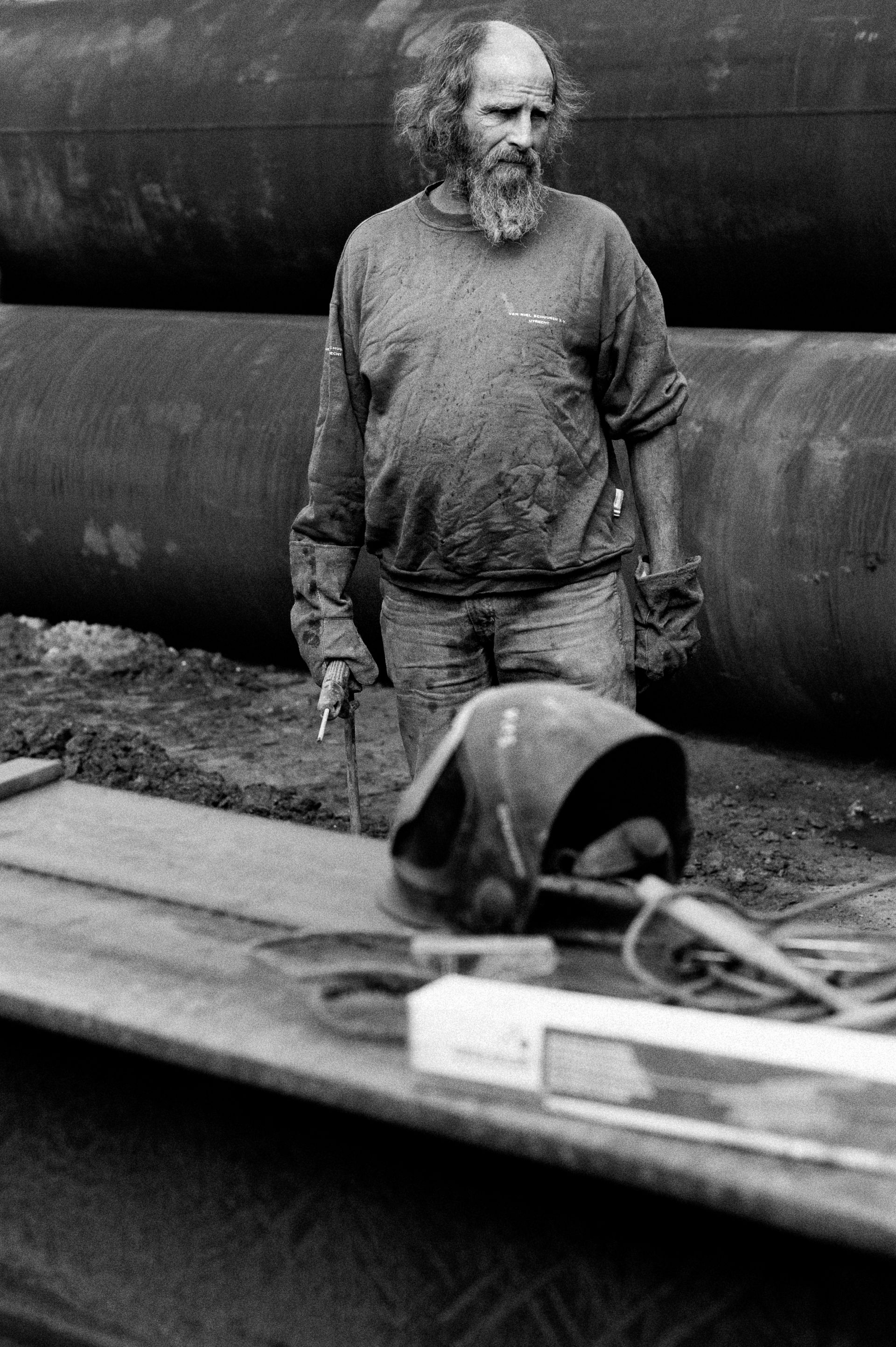 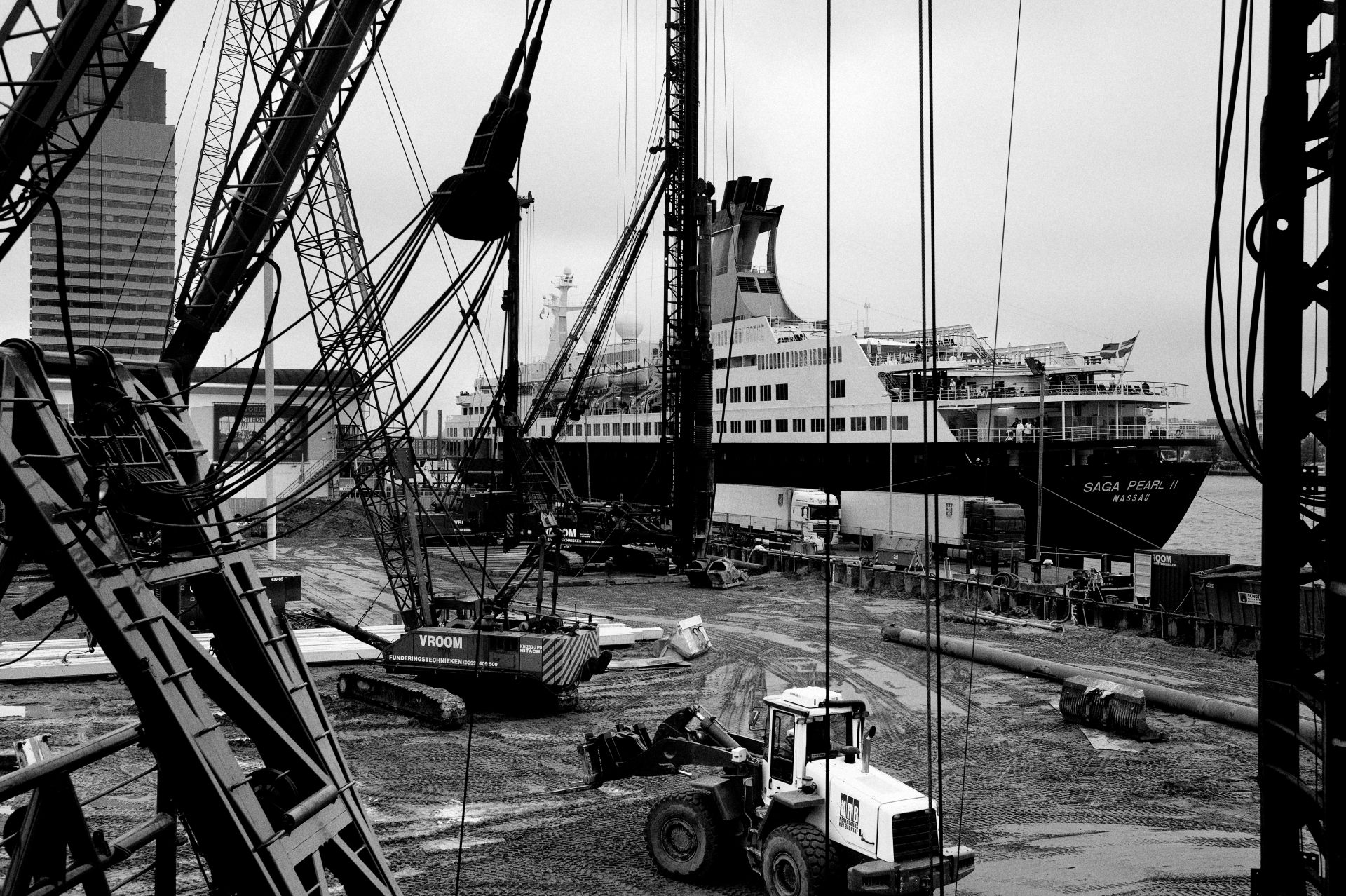 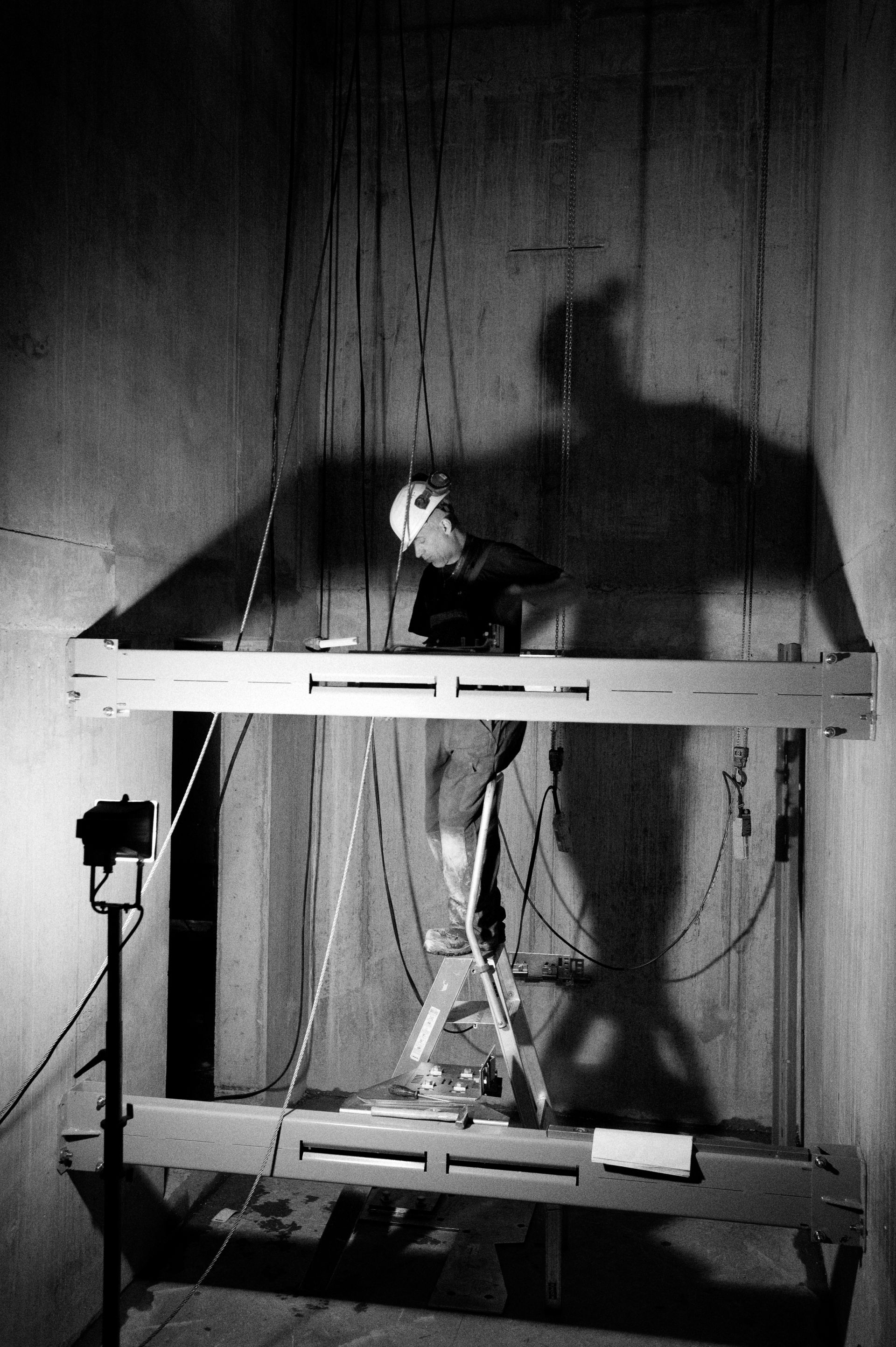 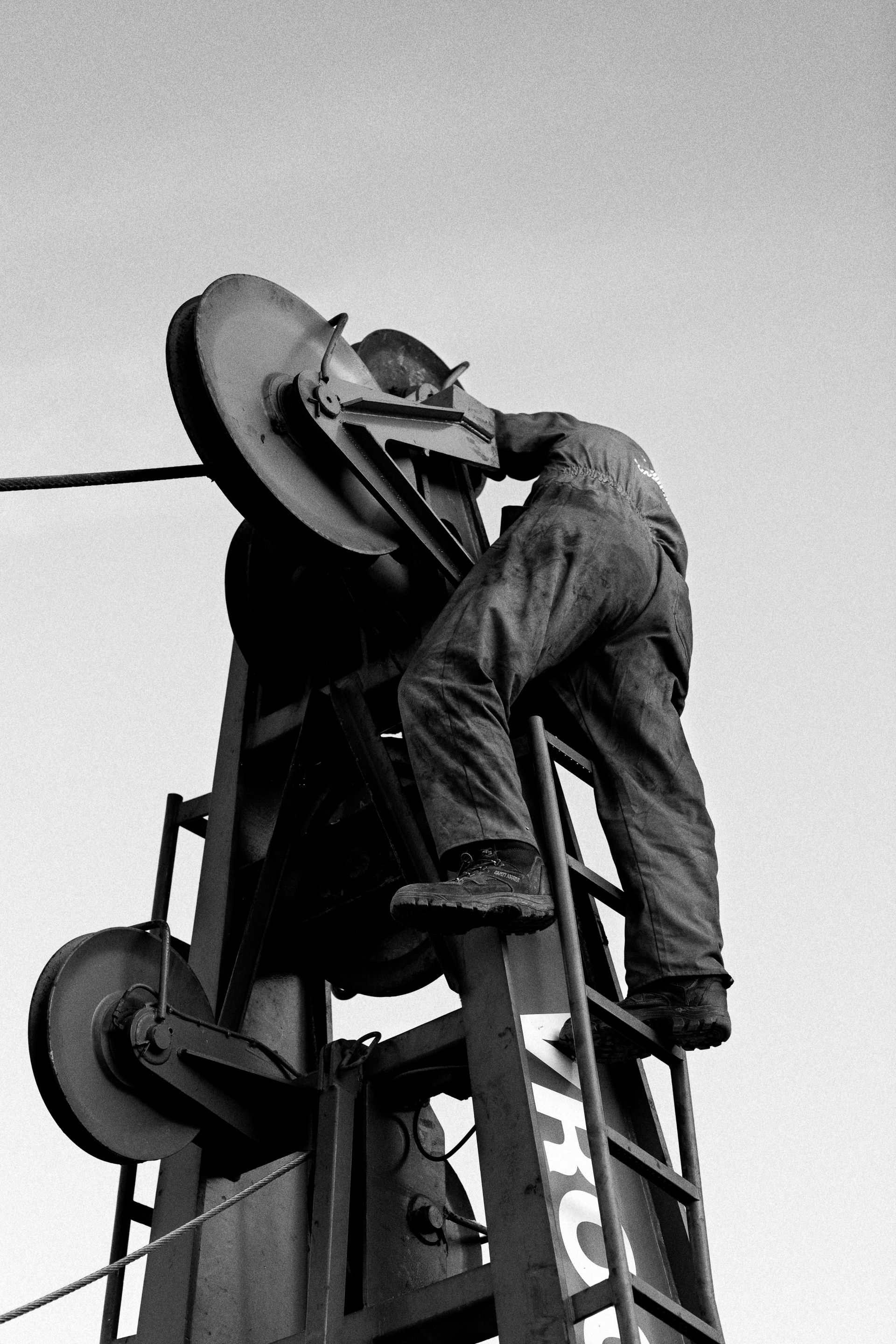 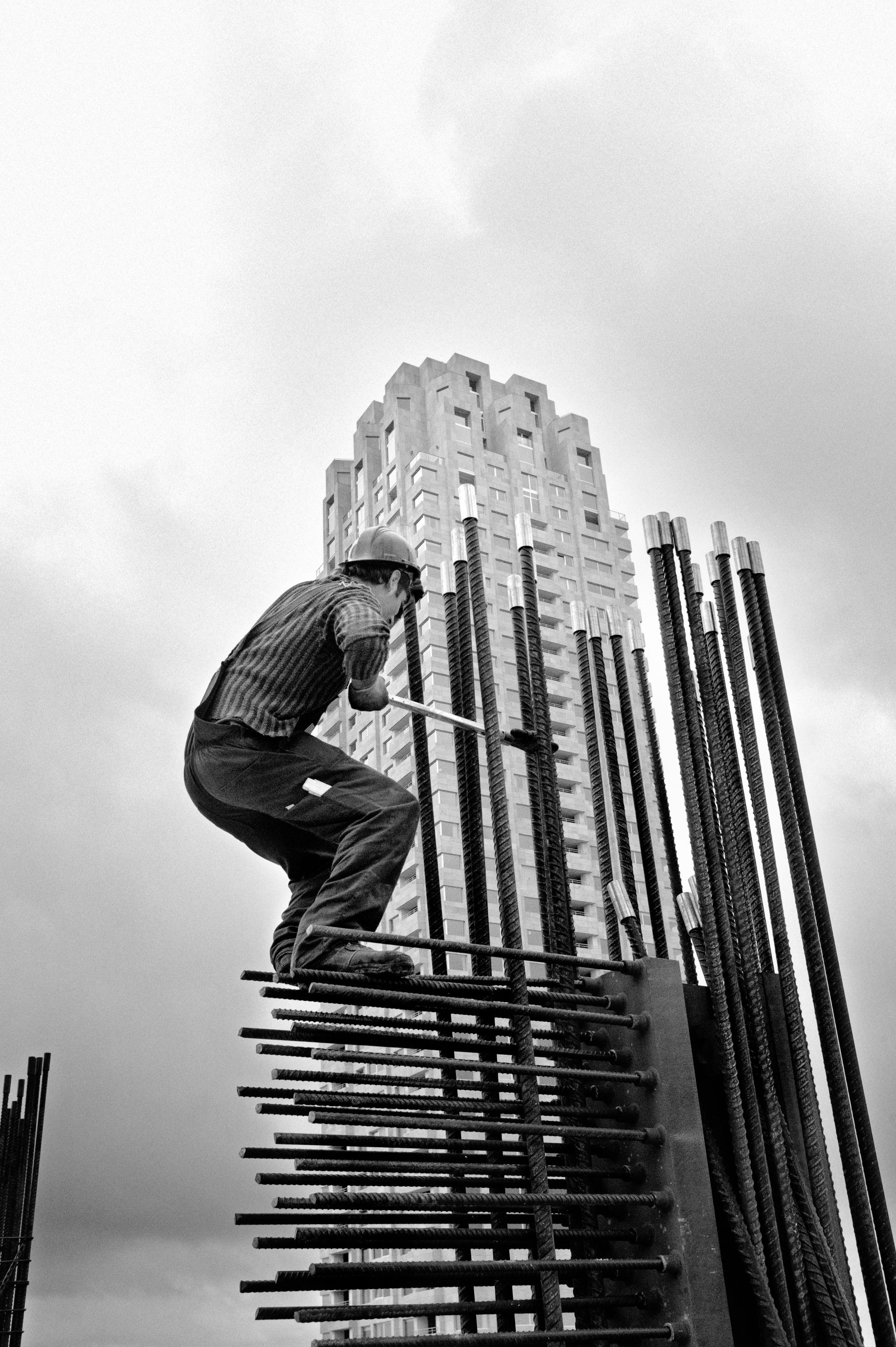